Digital Twins in Action: Real Impact on Productivity and Costs

Ever been on a project where your team was spread out in different locations, meaning either a lot of travel for meetings or a headache-inducing number of conference calls? Most of us have been there - finally finding a time for a team conference call only to get frustrated of trying to make sure everyone was on the same page. This is what some of the team at Ontario Power Generation (OPG) went through when managing their Western Waste Management Facility. While the facility is in Tiverton, support staff work out of offices in Pickering, meaning a 3 hour drive for employees each time an issue came up and a mandatory overnight stay. Not only do these drives become especially hazardous in the winter months, but there's a continual loss of time and money each time the trip is made. The only alternative to driving was having staff at the facility go on walkdowns to take pictures of whatever the issue may be to send to the support staff in Pickering, followed by lengthy conference calls to clarify the issues as best as possible based on the images. Neither option was ideal for everyone involved, to say the least. This is where we were able to offer a better solution in the form of virtual reality.

Using high fidelity 3D laser scanners, we went to the facility in Tiverton and scanned the entire site to create a digital twin. Given that visual quality affects user’s behavioural responses to simulations, we applied detailed texturing and illumination to the model while maintaining a minimum 90 frames per second (fps). Taking the time to add these details helps users better immerse themselves in the simulation, which is key to the success of any VR program. Rather than making the simulation passive, we added in functions that would help the team interact with each other and the model. Some of these functions include the ability to measure anything in the simulation to within +/- 1 inch of precision and the ability to add reference shapes and components into the space to gauge how a piece of equipment might fit into the real facility.

With our program, employees at both sites were now able to simultaneously perform walkdowns of the facility. They were able to examine the same rooms, look at the same piece of equipment, make and record measurements, all while communicating via audio built into the VR headset. To say this took conference calls to the next level is an understatement! This project resulted in significant savings in terms of time and resources by reducing travel and time spent on frustrating group calls.

We are now moving on to the next phase of this project, which includes integrating various sections to a SCADA (Supervisory Control And Data Acquisition) system that is also connected to a control room simulator. This enables operators to be trained on the control room simulator while seeing the effects in the virtual facility, giving them a better understanding of how the systems work together than they’re even able to get from real life training or experience.This training will give operators the opportunity to learn how the facility runs, how to manage it, and how to mitigate failures before ever physically stepping into the building.

By building this simulation from the ground up, we were able to progress from an immersive conferencing tool to a fully functional training program and we can do the same for you - no matter if you need full raining programs, interactive modelling, or a faster, more cost efficient to re-design and prototype objects. We can create VR solutions for almost any project, all you have to do is present the challenge!

Back to All Blog Posts >

Want to stay up to date with the latest news? 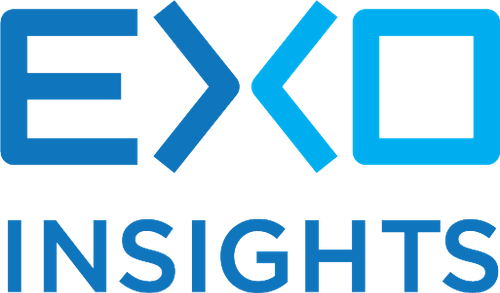 Home|Solutions|Resources|Blog|About|Contact|EXO Shopper
work with us

Thank you! Your submission has been received!
Oops! Something went wrong while submitting the form